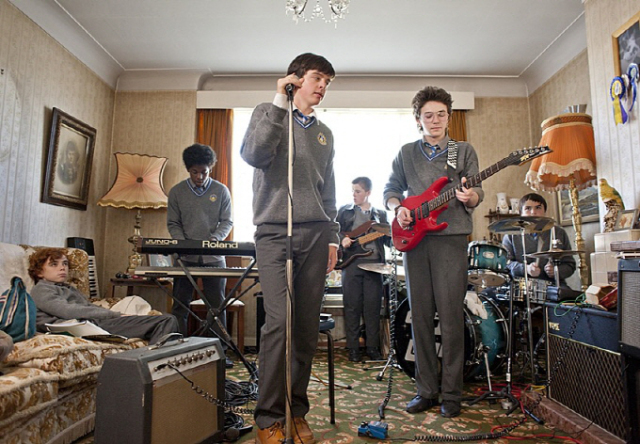 Dublin, 1985. High school new kid Conor yearns for the affections of an older girl. A wise young lad, he embarks on the most tried and true avenue to accomplish this feat, one that’s proved successful in the generations before him and still works wonders today. Namely, he starts a rock band. Sing Street is loosely based on director John Carney’s own young love and teenage band experiences (I have to assume emphasis on loosely), and in a summer full of diluted sequels and superhero nonsense, it’s the feel good movie we deserve.

Generally, musicals are not my steez. In fact if you asked me if I’d rather watch a musical or go to the dentist, I’d have to think about it. So I’m glad the fact that IMDb classified Sing Street as a musical did not scare me off. This is not a movie comprised of a bunch of nerds breaking into song and dance. Rather, it’s your standard coming of age film that happens to include a few scenes of knucklehead band practices and gigs. The main reason Sing Street works so well is that, on top of music from 80’s deities like Duran Duran, The Clash, and The Cure present throughout, the original music played by the burgeoning band is truly undeniable.  Specifically, if this song doesn’t add a hop to your step, you’ve got issues.  Full Disclosure – If you need subtitles in order to understand any of the BBC shows like I do, you will probably need them for Sing Street as well.  Tier 2 – Runner Up