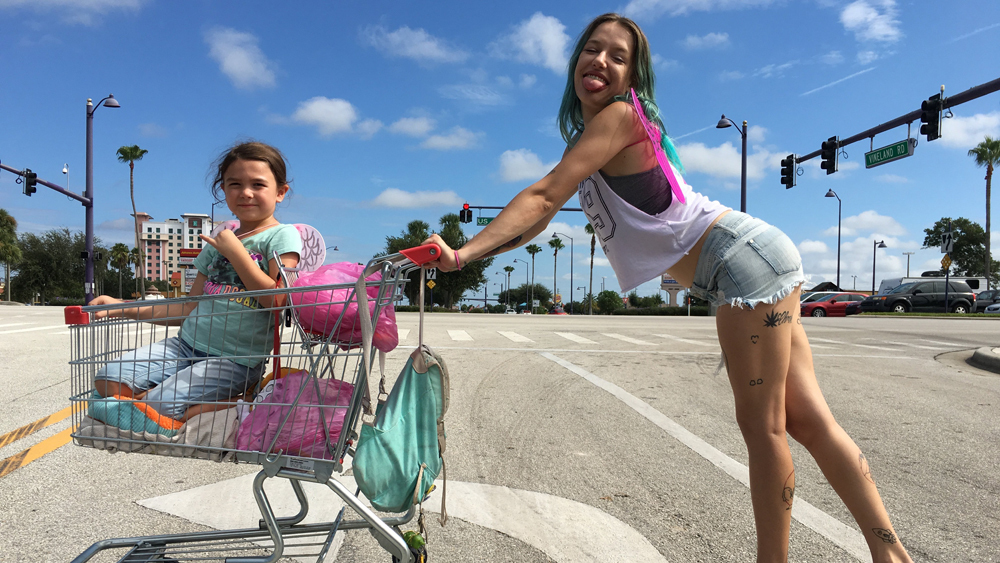 The film stars Brooklynn Prince as Mooney, a rowdy and misbehaving 7 year old girl living with her equally rowdy and misbehaving single mom (Bria Vinate) in a low rent motel on the outskirts of Orlando.  Similar to last year’s American Honey, Baker really tapped into garnering extremely vibrant, authentic performances by casting the untrained, first time actresses.   That tactic may seem like a recipe for disaster, but there’s literally nothing amateur about this production.  Prince is even getting slight buzz about possibly becoming the youngest Academy Award nominee ever (I think that’s a little overzealous, there should just be a separate category for kids, but whatever).  And I guess it helps that they’re working with steadfast veteran Willem Dafoe as the motel property manager, who’s a lock to get a supporting nom himself.  Mooney is basically an R Rated Dennis the Menace to Dafoe’s Mr. Wilson, except not a complete shithead. 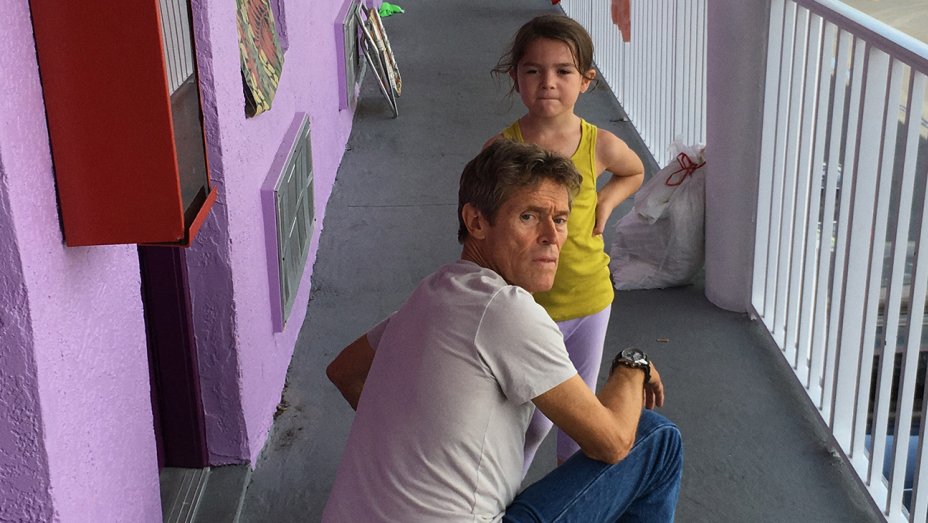 One thing to keep in mind is that there really is no plot to this movie (it’s definitely somewhere on the artsy spectrum).  Thirty minutes in I kept wondering if something big was going to happen to set things in motion, but the scenes of varying seriousness just kind of come and go randomly over the course of a summer.  This bothered me at first but by the second half I was all in.  It made me nostalgic, it made me laugh, it made me grateful, it made me sad, it made me happy.

Rated Mom really liked The Florida Project too.  She appreciated experiencing a very different “slice of life” rarely represented in the entertainment industry or in our day to day bubbles.  Rated Mom did point out that she didn’t care for the ambiguous ending, but I think it fits. Life is ambiguous…… and for a film this authentically realistic, it’d be inconsistent to insert some Disney bullshit like a clear cut happily ever after.  After all, Mooney is far from Moana.  Grade: A+ 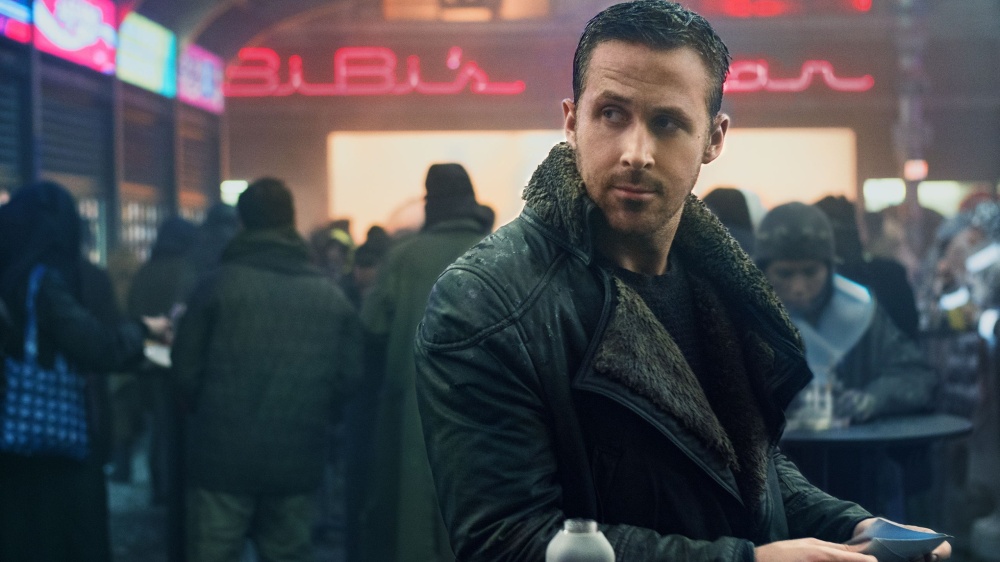 The purpose of the Rated Greg rankings isn’t necessarily to outline what movie is “better” than another.  I can’t stress this enough.  Who’s to say whether La La Land is better than Moonlight, or vice versa?  That’s like declaring that the color red is superior to the color blue.  Movie preference is 100% subjective and mostly ingrained in our formative years, just like human attraction, window vs aisle, and condiments affections. 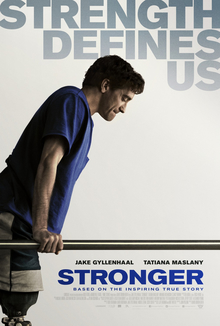 No, the purpose of the Rated Greg rankings is simply, which movie would I recommend to one of my friends if they had a couple hours to spare, based on my own experience watching it.  Which movies were the most fun, which movies scared the crap out of me, and which movies had lasting effects on the more complex emotions?  Atomic Blonde probably won’t be listed on any Best of the Year posts from the mainstream media outlets, but it’s the most fun I had watching a movie this year (thus far), hence it’s current #1 spot on RG.  Stronger on the other hand, an impeccably acted and noteworthy piece of cinema, was absolutely grueling to sit through.  I’m glad I saw it, Jake Gyllenhaal is still the most talented actor working today IMO, but it’s not something I would necessarily recommend to a buddy (grade C).

I say all this because I think Blade Runner 2049 is the most divisive and hard to grade film of the year (I haven’t seen mother! yet).  Is Blade Runner 2049 good?  It depends who you ask.  A lot of filmmakers and critics have raved about it, championing the dystopian noir as their favorite of the year.  The sense I get from the general public however is much less enthused.  It’s hard not to feel a little exhausted after spending close to 3 hours in a theater, but this is especially careful and slow for someone that might be expecting a sci-fi action movie (much like the 1982 original, it’s not). 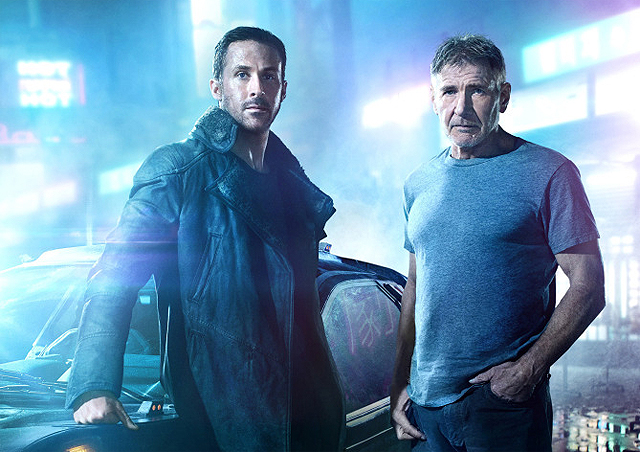 The more I think about the many specific, individual scenes though the more I realize that it does flirt with greatness. For one thing Blade Runner 2049 is the best looking film you’ll see all year and that’s not really up for debate.  There’s no safer Oscar bet than for legendary cinematographer Roger Deakins (No Country for Old Men, Fargo, Shawshank, Sicario) to get his long overdue win.  But even on deeper surfaces these scenes are really interesting, really profound, really weird, and ultimately just really cool.

So I decided I’m a fan of the film, but that doesn’t mean I’m not aware of the flaws that the casual viewer will likely point out.  It IS confusing.  It IS overly “talky” at times (who invited Jared Leto?).  It’s definitely too long.  It IS a little boring even.  But I’m glad it’s flawed to the casual viewer.  Denis Villeneuve didn’t make it for the casual viewer.  In an era where studio executives are hell bent on mass appeal to the detriment of original ideas, it says something that WB was willing to spend $150 million on a film secretly meant for a niche audience.  The original Blade Runner after all is the very definition of a cult classic in that not everyone likes it (including me), but those that do fucking WORSHIP it. Sidenote: When I interviewed at WB, they asked me what my favorite movie of all time is (my heart said Bad Boys, but my mouth said True Romance) and two separate interviewers pointed to a poster on their wall and said Blade Runner when I returned the question. Anyways, my recommendation is to check out Blade Runner 2049.  It might really resonate with you, it might not, but at least you can enjoy the visuals and marvel at Gosling’s cool jacket.  Grade: B+

In turbulent times like these, a no nonsense feel-good movie is just what the doctor ordered. Battle of the Sexes isn’t exactly the zany Steve Carell vs Emma Stone tennis laugh fest that I imagined when it was first announced, but it’s a splendid, heartfelt dramedy from the directors of Little Miss Sunshine that, at the very least, will make you smile as the credits roll.

To go further, it’s not even really about the famous Bobby Riggs vs Billie Jean King exhibition match. Sure that event grabs your attention during the climax, but the focal point of the film is much more on the women’s tennis circuit of the early 70’s and its players’ efforts for gender equality led by Billie Jean King. At its core, Battle of the Sexes is a road trip movie with the same hopeful tones of other picturesque highway escapes  like the aforementioned Little Miss Sunshine or even the terrifically pleasant Netflix series G.L.O.W.

As for the leads, Steve Carell continues to play a lovable jerk quite like no other can, but the star of the film is clearly Stone, bound to continue her recent string of Oscar nominations. Well….. assuming the Academy can ignore the actual tennis played in this movie.  Neither Stone nor Carell will trick you into thinking they could moonlight in amateur tennis, but stunt doubles and creative angles will at least let you suspend belief.  Grade: B+ 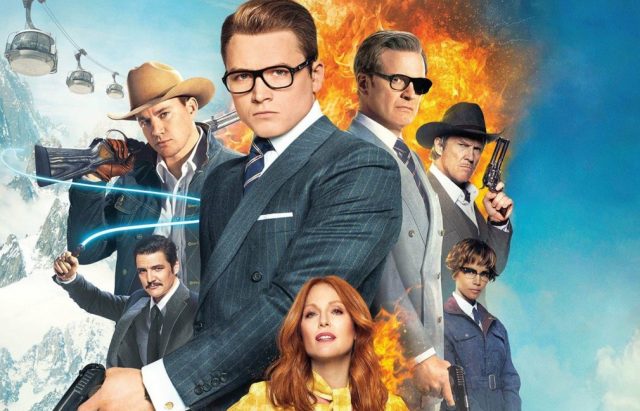 I was very bullish on Kingsman 2 coming into Q3, however I should have seen a letdown coming.  The trends were there.  Back in 2010, Matthew Vaughn took on a seemingly corny premise of a high school dweeb becoming a superhero in Kick-Ass, only to turn in a stylishly violent, extremely entertaining hard R action movie (there’s a reason it made the Top 5 Superhero films this century).  A few years later came Kick-Ass 2, which fell victim to the mistakes of most action sequels, such as inserting too many heroes/villains and diluting what made the original special in the first place with lazy storytelling.

After the Kick Ass 2 flop, Vaughn took on a seemingly corny premise of a young ruffian becoming a British secret agent in Kingsman, only to turn in yet another stylishly violent, extremely entertaining hard R action movie.  Samuel Jackson’s Russell Simmons inspired antagonist was absolutely genius and the movie somehow managed to make Colin Firth as deadly as Rambo (while have it not come off as a joke).  But Kingsman 2 takes everything charming about the original and cuts it down to a vastly inferior product. 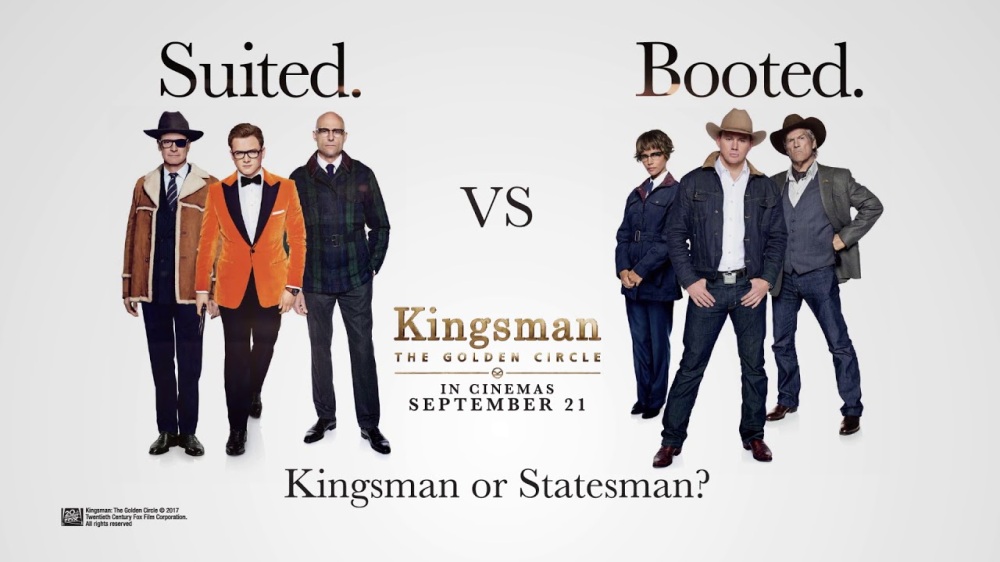 Quite frankly, Kingsman: The Golden Circle makes no goddamn sense.  It’s not like these movies are meant to be realistic, but even this film takes a little too many liberties. For one, if you kill off a main character in the middle of the first movie AND you treat that event as serious as say…Bubba dying in Forrest Gump’s arms, you probably shouldn’t bring that character back to life in the sequel’s trailer like it’s NBD.  Also, Channing Tatum’s presence in this movie is nothing but fake news.  He was a major part of the marketing however is maybe on screen for 6 minutes?  Apparently a scheduling snafu caused them to have to scale back this role, so his minimal presence is really only included in the final cut in order to hint at an expanded role in the already announced Kingsman 3.  I’m a fan of Tatum but his character Whiskey, at least in this chapter, brings zero value added to Kingsman. 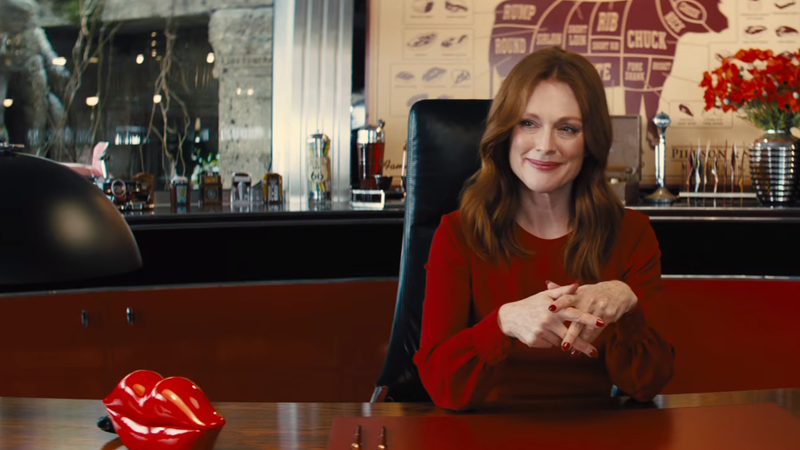 On top of those easily avoidable errors, the rest of the film is just pretty forgettable…. with two exceptions.  One is an unbelievable extended cameo by one of the most famous humans on Earth that is too good to spoil.  The other is Julianne Moore as the main villain Poppy, a diabolical South American drug lord with an affinity for meat grinders. Everything she’s doing in this movie is so damn campy and weird.  I just found it to be really interesting and captivating every time she pops up, single handedly bringing Kingsman 2 up a letter grade on the RG scale.  Grade: C 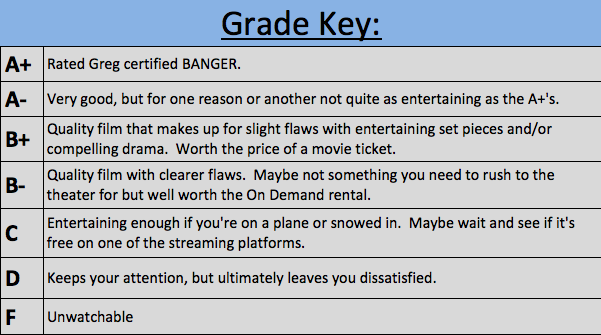