Much was made about how the 2017 summer movie box office was an absolute disaster for the studios, but I don’t know, from a quality standpoint I thought Q3 was really solid!  No film was more tailor made for Rated Greg in recent memory than Atomic Blonde.  American Made might be the best performance of Tom Cruise’s 35-year career (seriously, he better get an Oscar nom).  War for the Planet of the Apes is one of the most mature CGI fueled films ever.  Okja is the best Netflix original from its relatively young catalog.  Not to mention Dunkirk, which is the odds on favorite to lead all films in award nominations and IT, only the most profitable September opening of all time.

Studios generally save the best for last, so if Q4 is able to match Q3 in terms of quality I would say 2017 has been a total success (well for movies….probably not for society).  Rated Greg’s most anticipated for Q4:

The Ringer called Good Time an “instant classic New York City movie,” which on the overzealous scale, is about somewhere between People Magazine naming Nick Nolte Sexiest Man Alive and whoever came up with the name for Milwaukee’s Best.  It does use the underbelly of New York City in an interesting way and it’s definitely not a bad movie, but the hectic aftermath of a bank robbery story is way too anxiety-inducing to put up anywhere near the Top Five titles.  Simply put, watching Good Time is not a good time. It’s probably the most stressful movie I’ve seen this year.  I don’t know if the creators were being facetious when they decided to name it that, but more accurate titles would have been Queens Grit, One Step Forward Two Steps Back, or Robert Pattinson’s Opus.

While I don’t think it’s that enjoyable of a movie, Good Time really is a Russell Westbrook type 40-point triple double for your boy Pattinson. He’s basically in every frame of the film and it’s an absolute acting tour de force by him, channeling a Taxi Driver era Robert DeNiro (no joke). The transition from teen centric blockbuster eye candy to “serious actor” is no easy feat (just ask Vinnie Chase) but Pattinson has officially crossed over. It’s still early for awards contenders, but I won’t be surprised if he gets some nomination buzz for Good Time in a few months.  Grade: B-

The 1990 ABC mini-series IT, based on Stephen King’s novel of the same name, gave me nightmares for YEARS growing up. A sadistic killer clown invisible to adults, who lives in a suburban sewer and terrorizes children? Are you fucking kidding me? I can’t think of a scarier scenario for a 10 year old Rated Greg to encounter….well….other than the nerve-wracking proposal of calling a girl on the phone.

But within a few years you grow up and characters like Pennywise seem much less real to you.   The whole thing is just too silly, which is actually the very idea behind King’s book. IT is a metaphor for the death of a child’s imagination during one’s tween years. With the widely anticipated remake coming up I went back and looked at a few scenes from the original (like above). Unsurprisingly, the horror classic just wasn’t as scary as a remembered it.

There are really only two questions that need answering in regards to 2017’s IT remake. Is IT scary? And is IT good?   Lets tackle the former first. IT is scary but it’s not THAT scary.  A couple jump scenes here and there, a couple creepy shots, definitely less cheesy than the dated original, but all in all there’s a lot more fun in the film than the unnerving trailer would lead you to believe.  This certainly isn’t The Conjuring series, the current master class in eliciting scares.

Glad we got that out of the way.  Well is IT good?  No……IT is goddamn GREAT!  I’ll admit that with consensus rave reviews by critics coming in and a cosign by the general public to the tune of the best September opening of all time ($123 million domestic box office, a ridiculous feat for a hard R rated movie), I was ready to be a little let down.  Many times the most hyped movies are too good to be true, but IT’s not.  Scare tactics aside for the most timid, IT is flat out funny.   On the surface, the adolescent suburban bike gang film may remind viewers of The Goonies or the vastly overrated Stranger Things (you heard me), but the plethora of humor in it actually reminded me of Superbad more than anything else.  #You’llFloatToo but you’ll laugh along the way.  Grade: A- 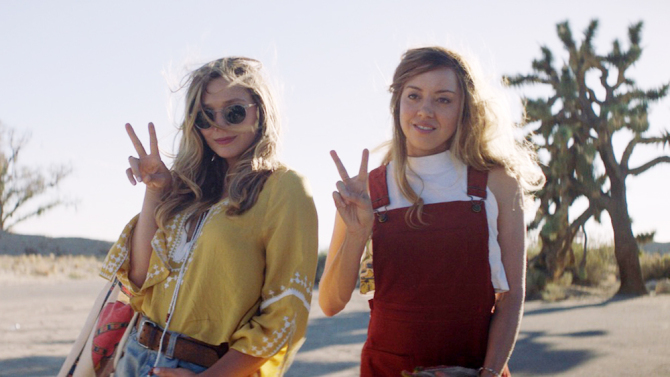 When I decided to leave Los Angeles and move back to home to DC two years ago, a former coworker reached out to me via Facebook messenger.  She said she was shocked to learn that I was leaving the west coast.  It seemed like I had found the “perfect life” out there.  Why would I ever give up sunny SoCal and return to the DC grind?  Well, that’s kind of the dirty secret of social media isn’t it?  When your network on the other side of the country is only exposed to the utmost peaks of your exciting adventure, it’s easy to just assume that’s what someone is experiencing 24/7.  But of course it’s not all sunsets, surfing, and strolls on the WB lot.  No matter how much someone flaunts bliss via their phone, they’re likely dealing with just as much personal bullshit as you are, possibly more.

That’s basically the thesis statement of the terrific dark comedy, Ingrid Goes West.  It’s a Single White Female in the age of social media.  Aubrey Plaza plays an instagram-addicted loner who yearns for the lavish lifestyles that she scrolls through on her phone all day, every day.  After coming across the particularly glorious account of a Venice Beach based influencer named Taylor (Elizabeth Olsen), Plaza uproots her life to chase the L.A. dream that Taylor is pushing.  Sidenote: For those unaware (hi Mom), a “social media influencer” is someone who has such a large following that companies will pay them handsomely to casually promote certain products within their everyday lives. It’s basically supplanted club appearances as the #1 income avenue for D-list reality stars.

Ingrid Goes West paints a bleak picture for our narcissistic, image obsessed culture and yet I found it to be a really enjoyable and funny movie!  I always like L.A. stories and especially those that poke fun at certain stereotypes inherent within the locale (i.e. You’re the Worst, Casual, BoJack Horseman).  This does a great job at satirizing the relatively recent influencer movement and is filled out by an excellently talented cast of second generation stars.  In addition to Olsen, O’Shea Jackson Jr (son of Ice Cube) and Wyatt Russell (son of Kurt Russell and Goldie Hawn) also come from famous families. While they certainly started out more connected than others, they’re just as magnetic as their more famous kin.  Grade: A-

Steven Soderbergh’s Logan Lucky is basically a hillbilly version of his most popular movie, Ocean’s Eleven. The premise is eye catching enough.  Channing Tatum and Adam Driver play two down on their luck brothers living in West Virginia who meticulously decide to rob a NASCAR race.  But before they can do anything they must recruit a group of zany characters, each with a certain set of skills, in order to carry out the heist. Highlights of the group include my favorite actress working today, Riley Keough, and a completely unhinged Daniel Craig, who’s clearly relishing the opportunity to take off the James Bond tuxedo and get weird for the first time in SIX years. Sidenote: I don’t feel bad for him one bit. I’m no actor, but it’s hard to imagine a more fun role to play than James freaking Bond. Overall, the film is good but not great. Entertaining? Definitely. But something you need to rush to the theater for? Not quite. You have to take many of the plot developments with a grain of salt, and yet nothing is more unbelievable than Adam Driver being related to someone who looks like Channing Tatum. 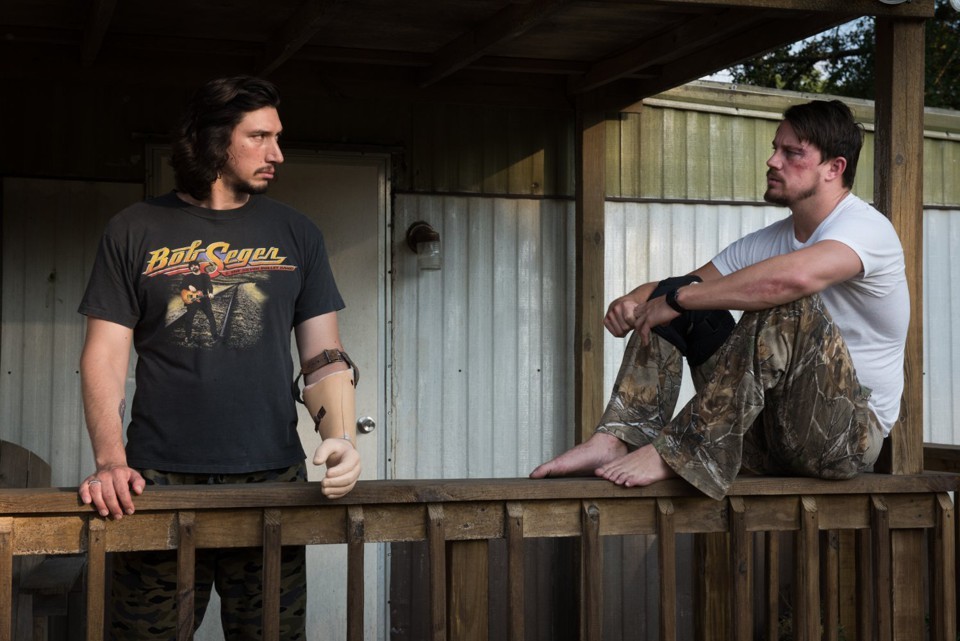 I actually think Logan Lucky was directed by the wrong person.  I love Soderbergh’s dark and twisty projects (Traffic, Side Effects, The Girlfriend Experience tv show) but his comedy falls a little flat in my opinion.  In a perfect world, Kevin Durant would play for the Wizards, there would be a TV channel dedicated solely to the kiss cam, and the Coen Bros. would have directed this movie.  I wanted to look up who wrote the film because it’s obvious that they were heavily influenced by the Coen catalog, but apparently the writer is unknown!   iMDB lists one Rebecca Blunt, however for whatever reason it also states that the name is widely considered to be a “fictitious person.”   So who knows, maybe it was the Coens themselves who wrote it, maybe it was Soderbergh, or maybe it was Lala from Vanderpump Rules.  Grade: B-