*It’s so funny to me that Jon Favreau, writer/director/lead actor of Chef, cast these two as his love interests.  As Shea Serrano says… “Shoot Your Shot.”

**I wanted to include at least one instance of the girl being out of her league but there’s really not a lot to choose from.  Other considerations were Renee Zellweger & Tom Cruise in Jerry Maguire and Mireille Enos & Brad Pitt in World War Z.

In 2009’s coming of age classic, Adventureland, Kristen Stewart decides to stop sleeping with Ryan Reynolds in order to pursue Jesse Eisenberg.  No I did not mix those names up. This isn’t Kelly choosing between Brandon and Dylan or Teen Wolf choosing between Boof and Pamela. This was more like if the Washington Wizards could go back, do the 2011 draft over again, and still choose Jan Vesely over Kawhi Leonard.  It’s probably the most unrealistic thing to happen in the movie but I was willing to look past it because I love Adventureland so much. 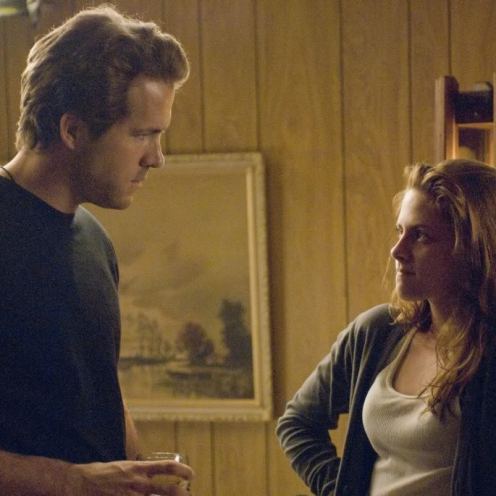 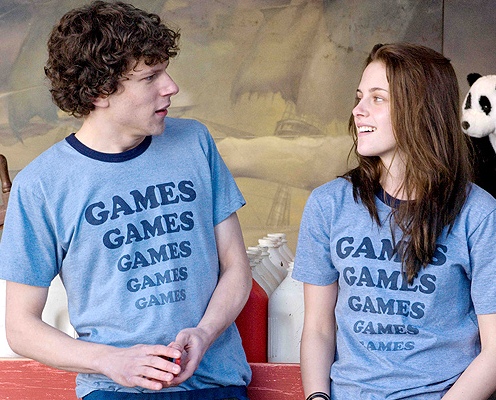 SPOILER WARNING:  I’m always very careful to reveal minimal plot points in most of these blurbs, but I go a little deeper here.  It’s not like this is Arrival or anything but just covering my bases here.

I can’t look past such nonsense in Café Society.   Woody Allen’s mediocre latest is about a young go-getter (Eisenberg) in 1930’s Hollywood trying to follow in the footsteps of his very successful movie agent uncle played by Steve Carrell (who’s becoming quite good at playing assholes despite his nice guy reputation I might add).  The film runs back Kristen Stewart falling for Jesse Eisenberg and doubles down by adding goddess BLAKE LIVELY (Ryan Reynolds’ wife IRL, bringing things full circle) to form an old fashioned love triangle.  I just don’t buy it.  Eisenberg is a good actor (Zombieland, Social Network, The End of the Tour, etc) but he’s just not a convincing ladies man despite the film’s efforts to turn him into one.  I’m generally not a huge fan of Woody Allen’s films (the only one that I like a lot is Match Point) and Cafe Society doesn’t do much to change that.  Streaming on Amazon Prime.  Grade: C