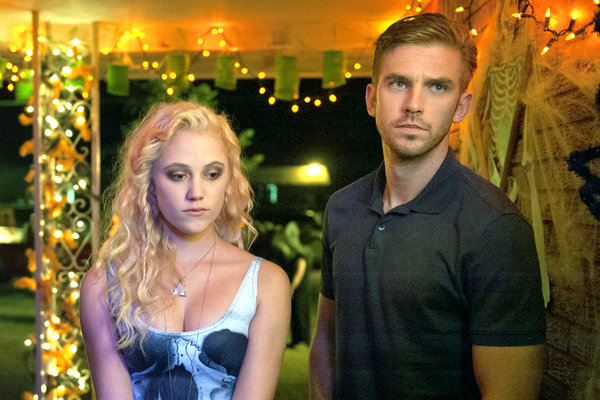 I knew absolutely nothing about The Guest before seeing it in 2014.  Noticing it towards the top of a Grantland (RIP) writer’s year-end film list, I randomly decided to VOD it without any further research.  Being a trailer averse weirdo, I think this is the best way to go into any movie (to a certain extent, obviously most would want to know whether they are seeing The Rock punch bad guys or Carey Mulligan play a British housekeeper with a secret).  This especially rings true in The Guest’s case.  Some of the developments throughout the movie come so far out of left field that I legitimately cackled in delight.

So I won’t divulge much about the plot of this movie, but I will say the ambiance carries a perfect blend of Drive, Halloween, and The Terminator.  It features a great synthpop soundtrack, which is a device I’ve noticed many filmmakers using to “retro-up” their films and it almost always resonates with me.  Dan Stevens serves as the star, who I had never heard of before but apparently he’s an alum of “Downton Abbey,” or as I like to call it “The Show that Ruined Christmas” (long story).  Usually when I come across a movie that I’ve never even heard of it’s a bad sign, but The Guest was a clear exception, becoming my second favorite movie of 2014.  Streaming on Netflix.